“Beauty begins the moment you decide to be yourself.” ~ Coco Chanel

Beginning Bad Wolf Boudoir, James and I researched quite a bit into “the boudoir”.  What is it?  Where did it come from?  What is the definition?  From where was it inspired?  And what I have found is that it all comes down to one simple idea.  The Boudoir is a woman’s intimate space.  A space where she feels welcome, beautiful, accepted, able to be herself and love herself, care for herself and prepare herself for the world.

Although many already know my story I felt it was important to share this with you.  I have always identified with the Phoenix, that beautiful mystical creature with the ability to live forever, which occasionally dies in a fiery inferno to be born again into a new life.  I came from a place where I never felt as though I was good enough.  I don’t blame my parents or society for this feeling.  I realize it was a strength I needed to find on my own.  But during my past lives I have lived with these feelings on many different levels. 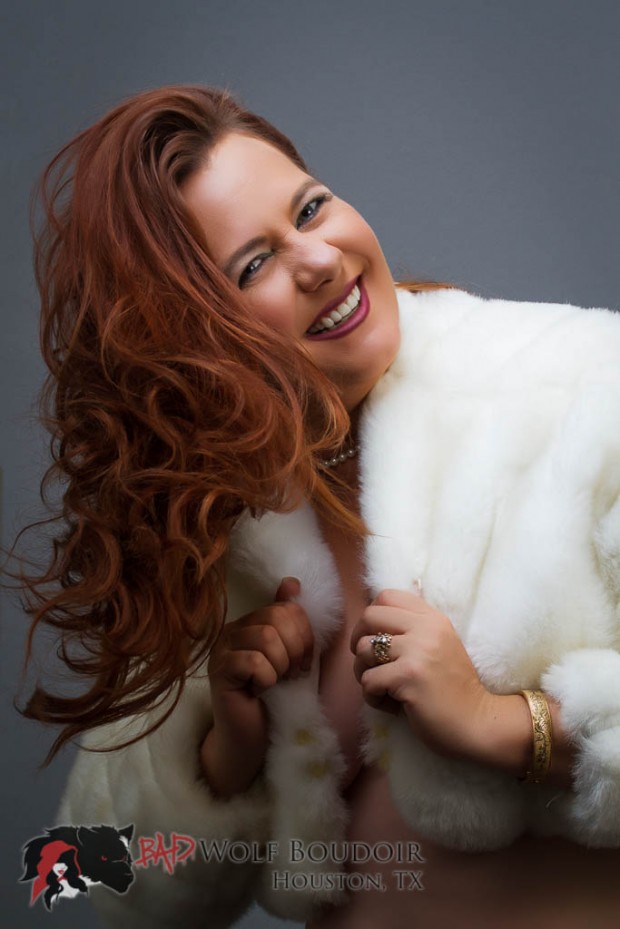 As a child my mother was always working, or going to school.  She was a single mom and my father never showed much interest in me.  So for much of my life I was left alone.  One of the original latch-key kids of the late 70’s I spent my time looking for acceptance, not from my parents, but from the children I was left to spend my time with every day after school.  I found I was much more likely to be accepted if I looked a certain way or acted a certain way and it didn’t take long for me to develop all the insecurities an adolescent girl could possibly have.  I found that boys would happily adore me if I spent my time boosting their egos and belittling myself in order to make them feel stronger and manlier.

It wasn’t long, at age 15 in fact, when I would find the first man that would give me a promise of love and affection and caring provided I stayed in my place and did as I was told.  I tried, I really tried.  I wanted to do the right things.  I wanted to be the perfect wife.  I wanted to have a home and a family.  (The things I had always desired most as a child,) but there was something lacking.  I didn’t know it at the time but what was lacking was me.  I gave birth to two beautiful boys and although they were more than I ever could have asked for I still felt as though I wasn’t enough.  I felt as though I could never be the mother they needed nor could I be the wife my husband desired.  The obedient woman that did whatever my husband (and his parents) felt I should do. That marriage ended, as you might have guessed, in a fiery blaze.  I left the home, and the state where we had established our family and returned to my mother’s home.  (Okay, maybe not the best choice but I had nowhere else to go.)  I was still young at age 19 and had next to no experience in the real world.

After my return I began working as a waitress and found myself involved with a man who would become the person I spent the next 15 years of my life with.  I have accepted him for what he was yet I realize now that he was not the best person I could have chosen for myself.  I was still searching for that woman inside the little girl that could feel love and acceptance without the childlike desire to be exactly what he wanted.  But that is exactly what I became.  Instead of growing into the person I was designed to be I molded myself into the person he wanted/needed me to be. And I had another child. (Yeah, that was going to work out well.)  So again, I found my life going down in flames.

And then, something amazing happened.  I found a place.  I started working with a volunteer organization.  My youngest son and I discovered a place where we could be creative and learn and make friends and have fun.  It was then that I started to come into myself.  It was then that I began to step outside of my own comfort zone and grow.  Not because I had found some amazing amount of self-worth, but because I began to see myself through other people’s eyes.  People who believed I was fun, and creative, and talented, and inventive, and organized, and all the things I had always wanted to be but had never been able to see in myself due to the self-defeating situations I had put myself in.  Wonderful things happened in this place, things made of fantasy and mystery.  I found a confidence I never imagined.  I could be creative and goofy without worrying about how other people saw me.  I could allow myself to be bossy and frustrated and obsessed and the people around me accepted me as I was. I found my prince charming (or wolf charming if you prefer,) and in this new found woman that I had become in this place, this Boudoir, and I had found my true intimate self. Finally I was the woman I had hoped to find.

The first time James photographed me I came away from the shoot with two thoughts.  First, that he was incredibly professional (and I was his girlfriend) working hard to compose the image properly and capture the moment perfectly.  Second, I felt a freedom I didn’t know was possible.  I stepped outside my comfort zone yet again, saw myself through his eyes, and felt strong and sexy and beautiful and empowered and not just because he was capturing beautiful images of me but because that was me, my personality coming through in the photos. And this is what James and I strive to do through his photography.  To help you find that place where you feel welcome and accepted, and loved and beautiful.  The place that is Your Boudoir.